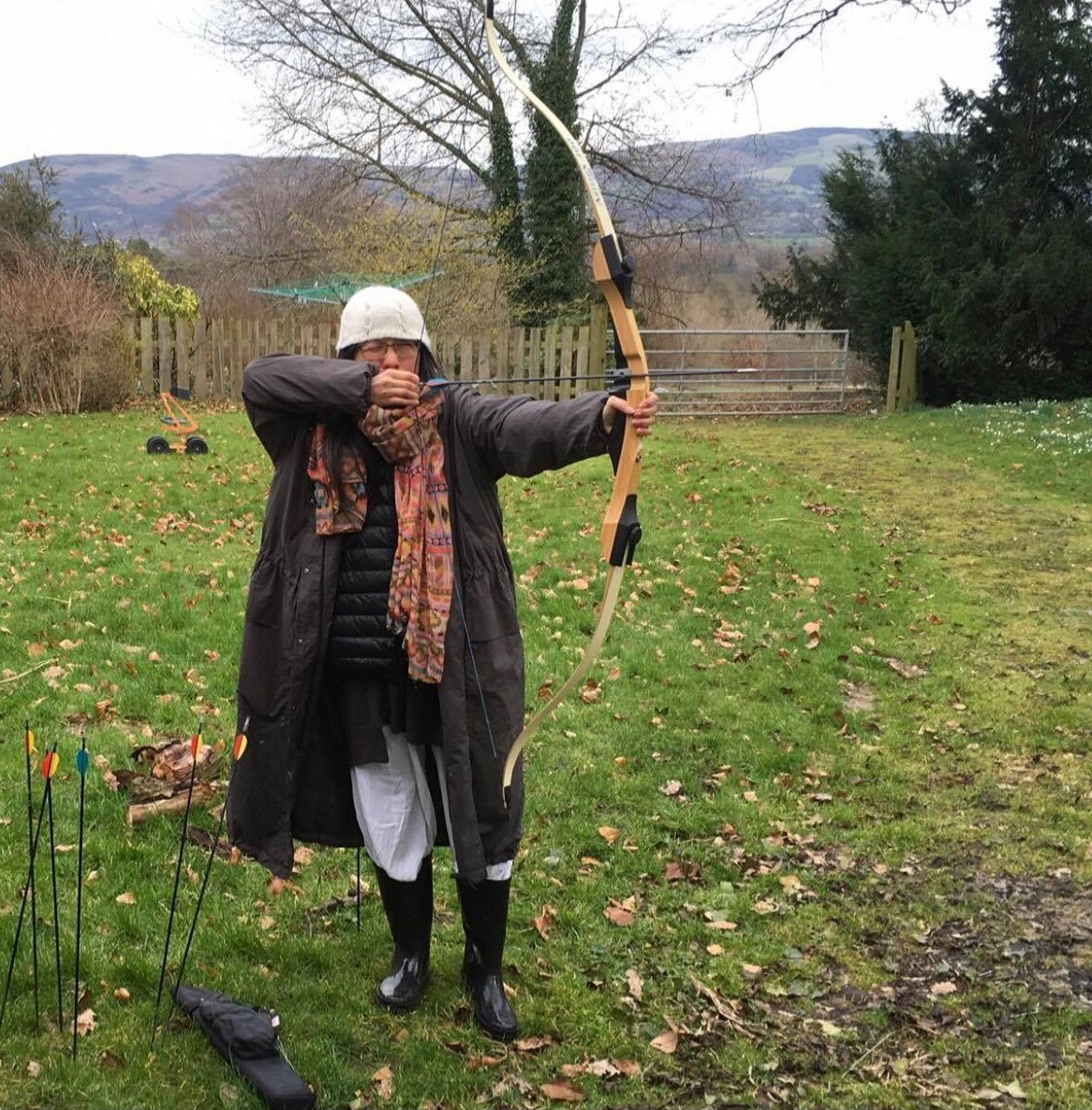 Born in 1970, Asia's Taiwanese cultural background, marriage into an African family, her role as a mother, living in the UK, her Christian relationships, and life itself, together find expression in her work.

She considers the act of creation an adventure, an exploration, a meeting, not simply about skillful repetition.

The way Asia sees Chinese calligraphy has been philosophical, spatial, sculptural. And that vision matured and materialised after a decade of living in the UK, since 1998.

Where Abstract Spiritual World Meets Physical Earthly World Is Called Life; And Art Is The Bridge.

Being the foremost sculptor to combine Chinese calligraphy’s brush strokes, techniques, with energy flow and spiritual philosophy in the interspatial form (her mission-driven first sculpture: Wind Series - Carefree), her vivid childhood memory of her grandfather’s focus and the strength his calligraphy displayed had a undeniable imprint on her love of and fascination towards calligraphy. This was further encouraged by having a great-uncle who was the village calligrapher, and then by the calligraphy garden at The National Taiwan Museum of Fine Arts, where she used to sit and ponder during a decade of voluntary work.

Her goal is to share the inner beauty, the richness of Chinese calligraphy, breaking the language barrier; exploring and building bridges through actual physical characters, between east and west. An on-going project.

The modelling sculpture led her to stone carving. Here she has found a bond, a special connection that intrigues, with endless possibilities of conversation through the inherent language of the stone itself. Cooperating with lines, shapes, textures, angles, and light to bring movement and life to a static object. To her, working with stone is like connecting dots between past and future, meeting in the action of the present. An action of carving through time and with time, of transcendence.

She is currently working on the Red Earth Series, which is about this earthly world, inspired by the red sandstone, since her unexpected relocation to North Wales in 2017. To her, as predestined, Adam, the first created man, means Red Earth, and working with red sandstone is as real as working with flesh, that is not undertaken lightly... a work, a path she must take and follow.

Quark is quart
Quark rhymes with lark
Lark, quart or quark
Particles you are.

Proton means first in Greek
And protons are made up of different particles
Particles that are now called quarks.
Quarks as quarks can be,
There are now six flavours of it
Up, down, strange, charmed, bottom and top
And each flavour comes in three colours too,
Red, green and blue.

Indeed,
Up, down and strange they are to me
Just as Greek as Greek can be.

And here, come the Higgs
Is it the God particle or is it not?
It is still Greek to me.

I may not know quarks, may not see the Higgs
But I know it is there

Just like I may not see Him,
But I know HE is here and there,
Omniscience, omnipotence
and omnibenevolence.

And that
HE is not Greek to me!

Asia's work is about humanity, thinking,  philosophy and art.