The Roofing & Salvage Depot of Oswestry kindly donated a quantity of red sandstone to Asia, and even provided shipping right to the door, after she visited the premises to see what they had in stock. She showed them pictures on her ipad, and the owner was so impressed, he agreed to the sponsorship. He said he wanted to "do something meaningful" with the stone, rather than have it just used for building repairs.

Asia's first sandstone sculpture was created using the Shropshire stone, and she had chanced upon the rich resources after her husband went looking for replacement ridge tiles. She described the texture as like "carving flesh", very responsive to her chisels, which is why she has returned to the material repeatedly, and produced the Red Earth Series. 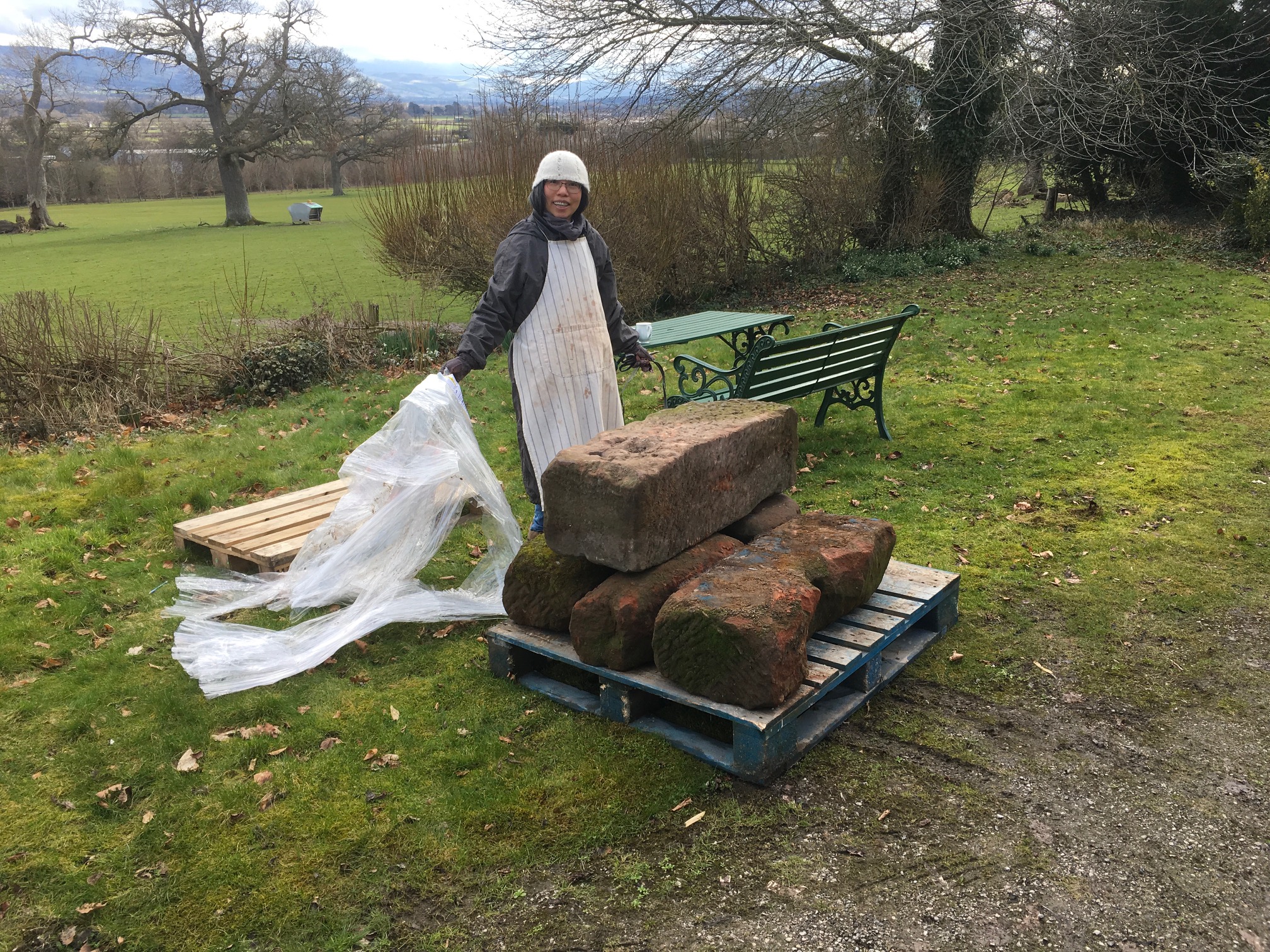