A SCULPTOR who lives in the first brick house to be built on Welsh soil is set to stage an outdoor exhibition of her work.

Asia Chan-Rose moved from southern England with her husband Adam and their sons last year when they saw the 16th century Plas Clough in Denbigh was for sale.

She is one of only a few contemporary female sculptors to work directly in stone, creating her own style which explores relationships of time, love and suffering through her Taiwanese-Chinese heritage and decades spent in the UK.

But Asia was at first “apprehensive” about sculpture because of its permanence: “There is no way back,” she thought, “you chip one piece off, then it is off.”

She enjoys solving problems, however, and is “not one to shy away from a challenge”. She familiarised herself with sculpting and came to wield the stone to capture movement.

The themes in Asia’s work have come not only from current issues but are influenced by the trauma of losing her father aged 11-years-old. “The years of suffering my father went through before he passed away had a significant impact on my life,” she said. “I was reading books on life and death while most of my friends were reading romance novels and martial art fiction.”

Like many of her sculptures that followed, Asia’s first work, titled ‘Carefree’, brought together the brush stroke movements of Chinese calligraphy and the transient nature of internal spirituality. She started with bronze and steel and moved on to a wider variety of mediums such as limestone and sandstone.

And they are as permanent as the 500-year-old country house she now calls home. The listed building situated on the outskirts of Denbigh, towards Trefnant, was built in 1567 by Sir Richard Clough, who co-founded the London Stock Exchange and was reputedly a spy in the service of Queen Elizabeth I.

But what once was is not the entire picture, and when Asia speaks of her work she might as well be speaking of the historic building, indeed everything made in history.

“Where the abstract spiritual world meets physical earthly world is called life,” she said. “And art is the bridge. Adventure and discovery are intrinsic, which is joyful and life-bringing, and one can’t force one’s preconceptions on to [the object].

“At the same time, you know it is not that you ‘find a way’ into anything. It is a meeting, that is beyond oneself.”

The Plas Clough exhibition for Asia’s latest works takes place on July 5-7, from 11am-5pm. There will be a small entrance fee. To book a personal guided tour with the artist, contact Asia directly. 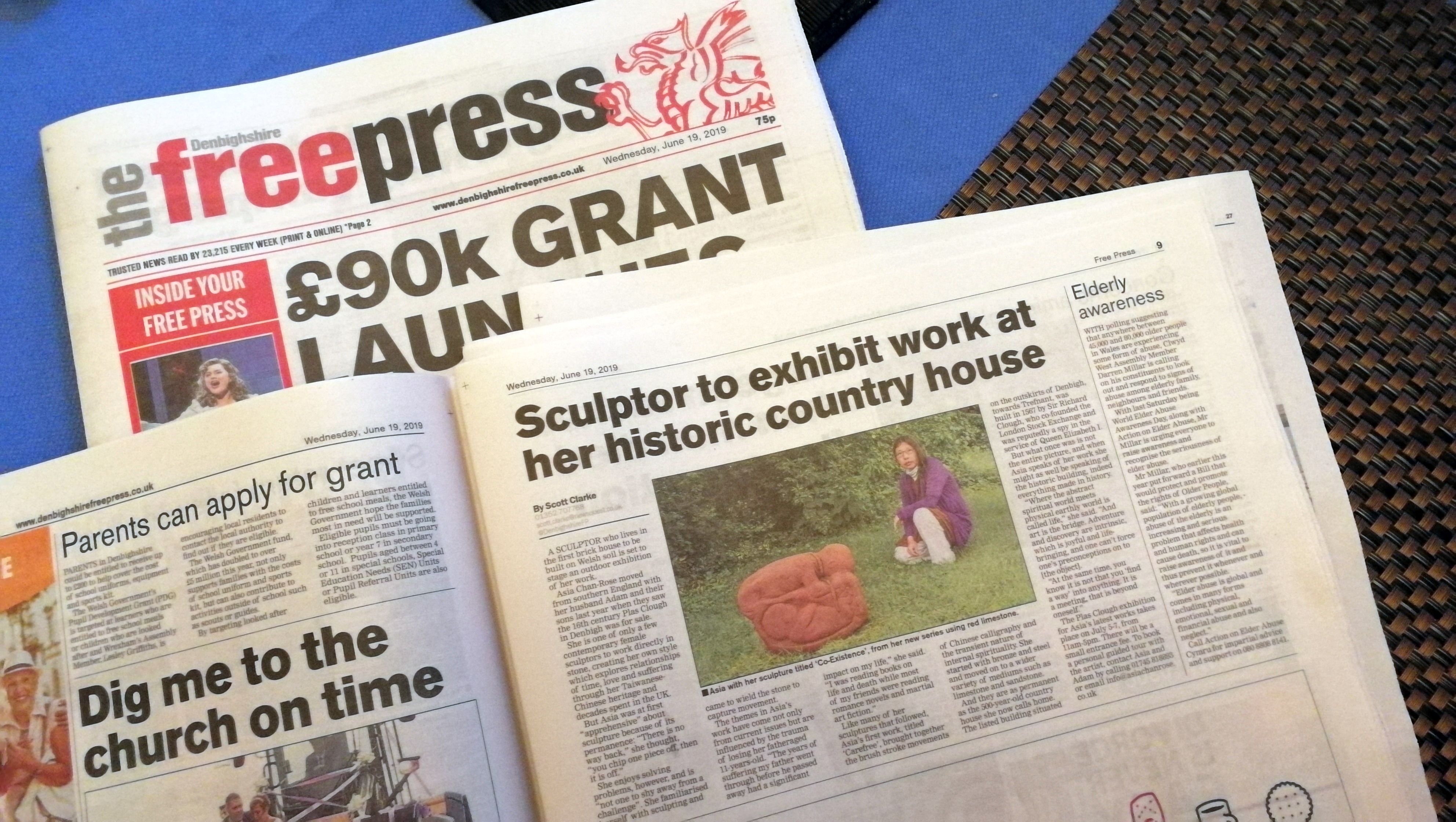